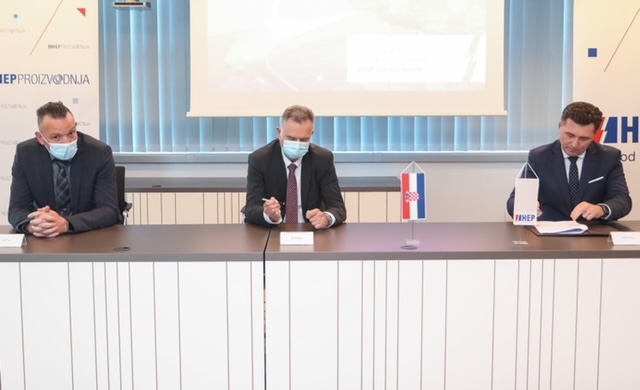 After a long and flawless operation of KONČAR’s generators put into operation in HPP Senj in 1965, we are excited to announce a new contract signing between Croatia’s power utility Hrvatska Elektroprivreda (HEP) and KONČAR companies. Scope of work under the new agreement include, among other activities and equipment delivery, a replacement of generators and turbines, as part of a reconstruction and revitalization project. Three new generators with upgraded output will be completely produced in Zagreb, Croatia, and installed by KONČAR – Generators and Motors in a consortium with KONČAR – Power Plant and Electric Traction Engineering leading the project execution. The capacity of three new generators will be increased from 80 to 90 MVA each, using cutting-edge technologies in the industry, alongside the turbine refurbishment. This will increase the annual production of power plant by at least 50 GWh and extend the power plant’s lifespan for at least another 50 years. HPP Senj currently has an installed capacity of 216 MW, and its average annual output is 970 GWh, accounting for about 20% of the production of all Croatian hydropower plants, or 10% of HEP’s overall electricity production. The revitalisation, which will cover all three power generation units at HPP Senj, will begin in 2021 and is planned to be completed in 2026.

www.koncar-gim.hr uses cookies to improve the user experience and ensure that it is functioning effectively. By using this Website you agree to our use of cookies.
Go to Top